Emilia Clarke: I had fights over Game Of Thrones nudity 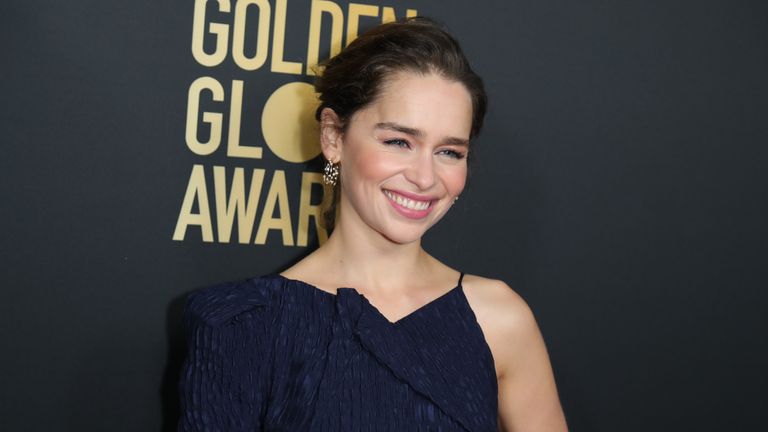 Emilia Clarke: I had fights over Game Of Thrones nudity

Game Of Thrones star Emilia Clarke has spoken out about nudity in the show, saying she had arguments about it on set and was told not to "disappoint" fans.

The actress, who played Daenerys Targaryen, appeared naked on screen in the first season and again later on in the hit fantasy series.

Speaking to actor Dax Shepard for his Armchair Expert podcast, Clarke said her time on Game Of Thrones - her "whole career thus far" - occurred during "fascinating and shifting times", and that if the pilot were to be made today it might be "a very different situation".

Describing season one as having a "f*** tonne of nudity", she said: "I took the job and then they sent me the scripts and I was reading them and it was like, 'Oh, there's the catch!'

"But I'd come fresh from drama school and was like, approach this as a job; if it's in this script then it's clearly needed."

Clarke told Shepard she is now "a lot more savvy with what I'm comfortable with" and said: "I've had fights on set before where I'm like, 'no, the sheet stays up', and they're like, 'you don't wanna disappoint your Game Of Thrones fans'. And I'm like, 'f*** you.'"

The actress said she had not been on a set like Game Of Thrones before she took the role, and that she suffered from impostor syndrome.

"Regardless of there being nudity or not, I would have spent that first season thinking I'm not worthy of requiring anything," she said.

Clarke said that for her final nude scene in the show, which saw her emerging from a fire in season six, she was prepared.