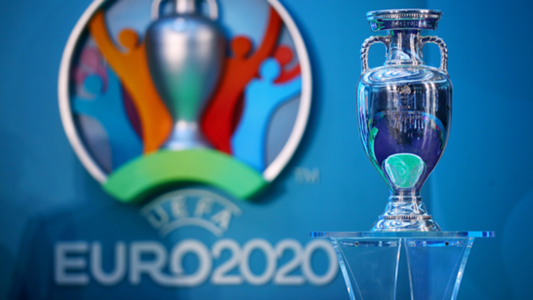 The qualifying stages of Euro 2020 are approaching an end, but we still won't know the full roster of participating teams until March 2020.

Twenty teams automatically advance to the finals through the qualifying stages, which leaves four additional teams fighting for a spot through the play-offs.

The Nations League is linked to Euro 2020 qualifying, and if you're feeling confused about how it all works, Goal has everything you need to know.

The top two in each of the 10 Euro 2020 qualifying groups automatically advance to the tournament, making for 20 participants.

The four remaining places, then, are determined through the play-offs. Theoretically, the four group winners will participate each Nations League's play-offs.

Whereas in previous editions of the Euros where play-off participants were determined by their performances in the qualifiers, this year they will be decided based on their standings in the UEFA Nations League.

The play-offs will take place in March 2020.

What is the UEFA Nations League? Finals, fixtures, results & how it works

In addition to the 20 teams who qualify for the competition by finishing in the top two of the 10 groups, four teams will qualify via the play-offs.

A total of 16 teams will participate in the play-offs based on their Nations League group finishes and performances.

Four play-off routes are involved, with four teams allocated to each route.

There are two semi-finals and one final per route, and each match will be single-leg matches – there will be no two-legged matches unlike in previous years.

During the semi-final stage, the best-ranked Nations League team will be placed at home to play against the fourth-placed side, and the second-ranked team will welcome the third-best team.

The November 2019 draw will decide the home team, decided by the play-offs, in each final.

Which teams qualify for the Euro 2020 play-offs?

Here's where it all seems to get a bit complicated. The winners of the 16 Nations League groups (Groups A, B, C and D) will head to the play-offs.

But the way the structure of the play-offs is set, roughly half of the Nations League group winners are due to qualify for the Euro finals directly. Since they don't need to qualify from the play-offs, their place will be allocated to the next best-ranked team from that League.

On the basis of the current European Qualifiers standings, the following teams would be involved in the play-offs (teams in bold confirmed):