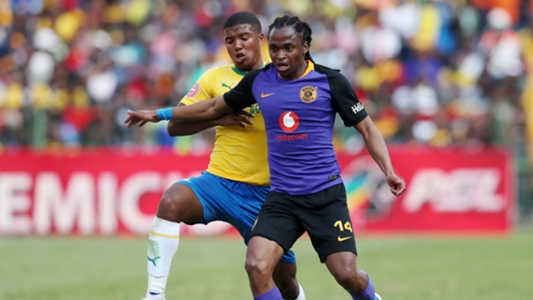 ‘Shabba’ returned to South Africa at the end of the season from Turkey where he was contracted to BB Erzurumspor and it is now reported he could land a deal in Azerbaijan.

Although Mahlakgane hinted his client could leave the country next month, he could not divulge the 35-year-old's next destination, saying negotiations are still ongoing.

“All I can say is that we are currently negotiating with overseas clubs and we will open the talks in December or in January,” Mahlakgane told Isolezwe.

“If everything goes according to plan, Shabba will leave South Africa in December. It’s difficult for now to give more information because it is not finalized.”

The former Amakhosi skipper joined the Turkish side in August last year but could not help the club survive relegation as they were eventually demoted from the Turkish Super Lig division at the end of the past term.

Should the 2010 Fifa World Cup campaigner eventually make his move to Asia, he could follow his former Chiefs teammate Hendrick Ekstein who is currently contracted to Sabah FC in Azerbaijan.

Meanwhile, reports also surfaced in the past few months the former Free State Stars winger could join ABC Motsepe outfit Passion FC, but it turned out he was helping the youngsters in Mpumalanga.

The Soweto-born player represented Erzurumpor on 19 occasions across all competitions and provided a single assist in his debut season in Europe.

Although Tshabalala has lifted two PSL titles, the MTN8 and Telkom Knockout Cups with the Soweto giants, he is looking to further his career overseas before considering retirement.