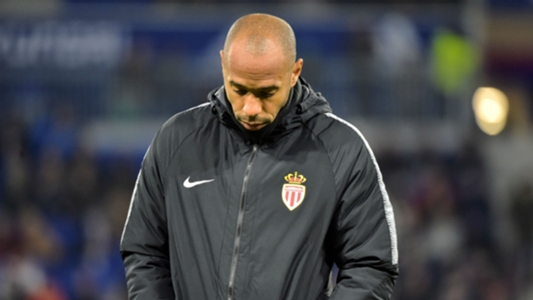 Thierry Henry is hoping to learn from his mistakes at Monaco after taking charge of MLS club Montreal Impact.

However, despite signing a three-year deal, Henry was dismissed in January, with his predecessor Leonardo Jardim coming in as his replacement.

On his official unveiling as the Impact's new coach, Henry insisted he has put his poor spell at Monaco behind him and is hoping to prove his quality as a coach with Montreal, who will play in the 2020 CONCACAF Champions League.

"You have to start somewhere, that's how you acquire experience," Henry, who has signed a two-year deal with Montreal, told a news conference on Monday.

"For me it came with Belgium and Monaco, where I learned a lot about myself. It's about fighting. This isn't my story but the story of everyone in life. Everyone falls. It's about how you get up.

"I learned a lot there. The only mistake you can make is not learning from what happened. You have to confront it."

He added: "It's about fighting all the time, this isn't only my story it's the story of everybody in life. You are going to fall but it's how to get up."

Montreal, meanwhile, finished ninth in the Eastern Conference in 2019, with Wilmer Cabrera - who only took charge in August - not offered the chance to stay on as coach.

But Henry, who has experience in MLS having played for the New York Red Bulls, says that he feels ready for Montreal, both on and off the field.

The city is a hub of French-speaking culture, and Henry is looking forward to embracing the Canadian city.