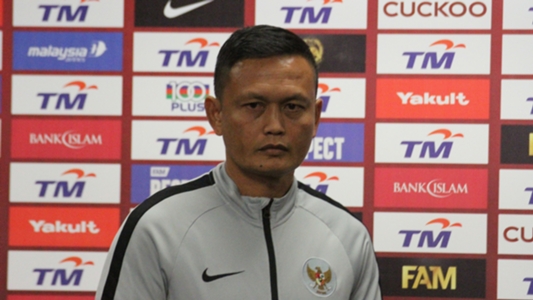 Indonesia's interim head coach Yeyen Tumena is hoping to take advantage of the pressure provided by the home crowd in their Group G World Cup Asian qualification encounter against Malaysia on Tuesday.

All tickets to the match between the two Southeast Asian arch rivals that will be played at the Bukil Jalil National Stadium, Kuala Lumpur have reportedly been sold out, with only 4,500 tickets allocated to the away fans.

The hosts are on a good streak, having recently surprised favourites Thailand 2-1 at the same venue to stay in fourth place in the standings, while the Garudas are still without a point after four matches. They even recently decided to part ways with Scottish head coach Simon McMenemy, who has bizarrely been made by the Indonesian FA to travel to Kuala Lumpur with the team.

But Yeyen is adamant that his charges will be able to absorb the pressure from the home crowd in the highly-anticipated match.

"The packed stadium can be turned into an advantage to us, because we in Indonesia are used to playing in front of huge crowds.

"This not only happens during national team matches, but also club matches. The pressure from the Malaysian supporters will only serve to motivate our players," said the 43-year old trainer as quoted by the Indonesian edition of Goal.

He however wants both sets of fans to keep a cool head and to avoid any provocations.

"I'd like to remind the fans especially Indonesians that football is about brotherhood. Wherever we play, the rivalry is 90 minutes, after it is done we are brothers, wherever we are."