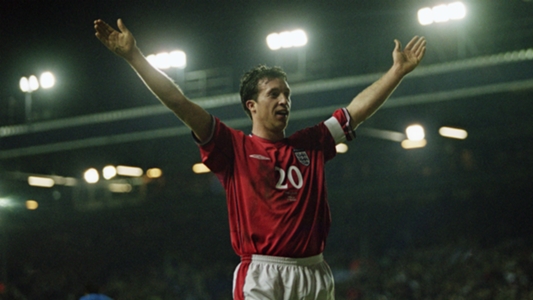 Fowler was one of the most prolific goalscorers of his generation, scoring 254 goals in 590 appearances for the likes of Liverpool, Leeds and Manchester City between 1993 and 2011.

Fowler was playing at a time when the national side had a wealth of attacking talent to choose from, with the likes Alan Shearer, Les Ferdinand, Andrew Cole and Teddy Sheringham competing for a starting spot.

His final cap came as a second half substitute against Denmark at the 2002 World Cup, when he was still just 27.

Now 44, Fowler admits his lack of regular international action meant he never felt part of the Three Lions side.

"If I'm being totally honest, had I played more games for England I might have a different feeling,” he told Off The Ball.

"I just never felt part of an England set-up because I never really played. I was a passionate player and I wanted to play all the time.

"Ultimately, because I wasn't a regular I wanted to get back to Liverpool as soon as possible and play with them. I was comfortable there and knew I was playing."

The build-up to England’s Euro 2020 qualifiers this week has been dominated by the bust-up between Raheem Sterling and Joe Gomez, with the Manchester City forward dropped for Thursday’s game against Montenegro.

The incident put the issue of club rivalry in the spotlight and whether simmering tensions from domestic football can transfer over onto the international stage.

Fowler has played down the incident as an isolated matter, insisting that players are professional enough to put their club rivalries to one side when representing their country.

"With international football you're playing and training with your rivals, but you've got to be sensible enough to know that we're all here doing the same job,” added Fowler, who is currently head coach at A-League side Brisbane Roar.

"I never really was uncomfortable playing for England because I never really played and I never really felt proud of it, but I never once turned up thinking, 'Oh, I can't stand these Manchester United or Chelsea players.'

"Ok, they weren't my big massive mates, but I appreciated the good football we played and that they were good people."