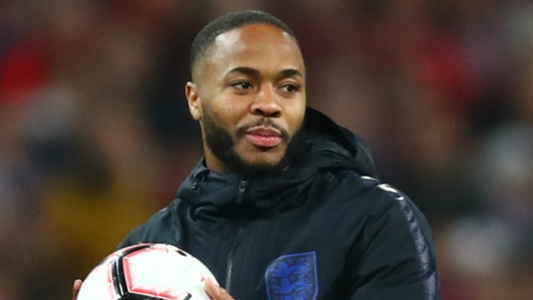 England defender Ben Chilwell has insisted there are ‘no bad eggs in the squad’ following Monday’s training ground altercation between Raheem Sterling and Joe Gomez.

The pair clashed in a behind-closed-doors session after Liverpool’s Premier League victory over Manchester City the previous day.

As a result of the bust-up, manager Gareth Southgate opted to remove Sterling from the  England squad for their Euro 2020 qualifier against Montenegro on Thursday, and has insisted the situation has been dealt with correctly .

Like his manager, Chilwell was quick to jump to the defence of both players after the incident.

“I know Joe very well. I have known him for years. He will move on,” the Leicester City man told the media in Tuesday’s press conference.

“Obviously it wasn’t a very nice thing for him to have to come across but he dealt with it very well, straight away. He spoke in the meeting, as did Raheem. He got across what he wanted to get across.

“He is a great guy away from football and this is a great dressing room. There are no bad eggs in the squad. It is a good place to be.”

While the emotions of Sunday’s top-of-the-table meeting at Anfield has spilled over into the international scene, Chilwell insisted that club rivalries are not affecting the England squad.

"Club rivalries are so intense,” he said. “I have said it before – that is what makes football so fun to watch. Nobody wants to take the passion away from football and sometimes that is going to spill over into the next few days.

“The important thing to come out of this is how we have all moved on. We have literally squashed it and moved on and hopefully we can show that on Thursday.”

A point for the Three Lions against Montenegro - which is the countries 1,000th competitive match - would see Southgate’s men book their place at Euro 2020.

After that, England then finish their qualification campaign on Sunday, with a maiden trip to Kosovo. Despite missing Thursday’s match, Sterling will be available for selection ahead of this weekend’s fixture.