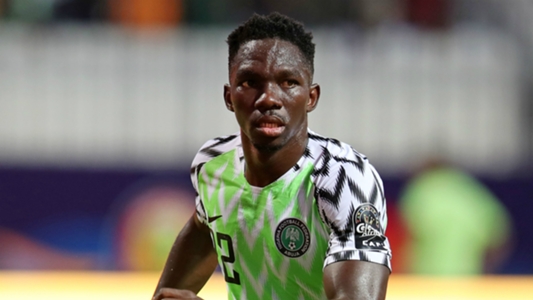 Kenneth Omeruo has welcomed competition from Semi Ajayi ahead of Nigeria’s Africa Cup of Nations qualifier against the Republic of Benin on Wednesday.

The West Bromwich Albion defender Ajayi shone in the absence of Omeruo, who missed the Super Eagles’ last two matches against Ukraine and Brazil, owing to injury.

Ajayi partnered William Troost-Ekong in the centre of defence in the encounters and helped the West Africans avoid defeats against the five-time world champions and the Ukrainians.

The duo will compete for a starting role when the Super Eagles take on the Squirrels at Godswill Akpabio Stadium.

''Of course, the competition is always welcome, the important thing is we have quality players that can replace anybody at any time,” Omeruo told the media.

“Semi has been part of the team even before Afcon, so he's someone that we know, we have trained together.

''Everyone can see he's doing very well in his club as well so it is a good thing for the country, for the club to have more than two, three players in the position, the challenge is always good.''

After their encounter with the Squirrels, Nigeria will travel to Setsoto Stadium to take on Lesotho in their second Group L game on Sunday.