Super Eagles begin their preparation for Afcon qualifier against Benin 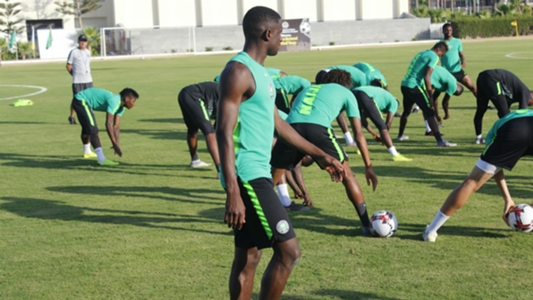 Super Eagles begin their preparation for Afcon qualifier against Benin

On Monday Nigeria started preparations for their 2021 Africa Cup of Nations qualifying match against Benin in Uyo.

14 players, including captain Ahmed Musa, have reported to the national team camp at the Ibom Meridien Hotel and Resorts while the remaining players are expected on Tuesday morning.

The available players trained at the team's hotel on Monday evening before the general group session at Godswill Akpabio Stadium on Tuesday evening.

Nigeria will be hoping to start their qualification campaign on a flying note against the Squirrels on Wednesday, before travelling to Maseru where they battle Lesotho in their second Group L game.

The players already in camp: