Maya Jama: I want to show 'real life' as well as highlights 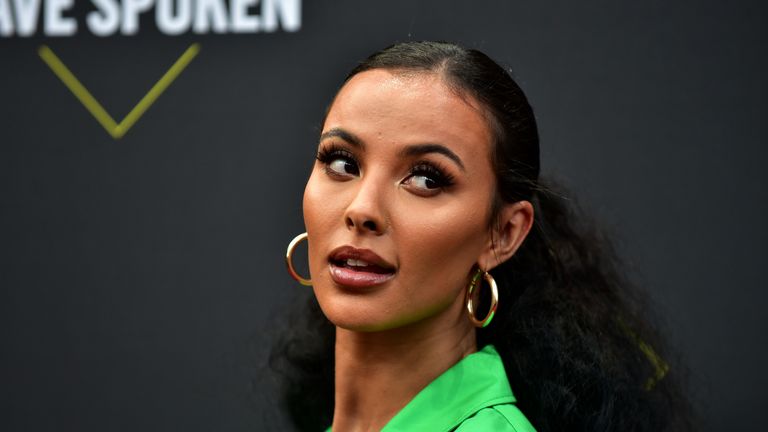 Maya Jama: I want to show 'real life' as well as highlights

Maya Jama has said she is determined to post pictures of her less glamorous side on social media as well as her "best bits", to show fans that the world of celebrity isn't always "real life".

The British TV and radio presenter, who has more than a million followers on Instagram, is very much aware of the pressures of social media, particularly on young people - and says she feels them too.

She spoke about the issue on the red carpet at the E! People's Choice Awards in Los Angeles, where she was named the UK and Ireland's best dressed star for 2019.

Attending the ceremony alongside fellow winners including Jennifer Aniston, P!nk and Gwen Stefani, Jama said that when it comes to celebrities, "no one looks like that all the time".

"I think it's really hard nowadays when you look online, you see everything is super glossy and perfect all the time," she said.

"Naturally, you just compare yourself to stuff you see, and I think if I can just post everything - so you see me when I'm waking up at like 5am, there's crust in my eyes and I haven't brushed my teeth yet - and then you also see the whole glam squad and how many hours it takes to actually look like this. Like, no one wakes up like that.

"You literally have a team. My hair and make-up, the styling, everything... It's like, don't compare yourself to somebody's best, best, best, because no one looks like that all the time.

Jama said she wants to show her fans "the whole process rather than just the highlight reel".

The star said she knows what it's like to look at other people's lives and compare, but whenever she feels like that, she tries to have a break from her phone.

"I would always say whenever I feel super overwhelmed or I'm getting a bit comparey with myself and feeling insecure, turn your phone off for a little bit. Have a break from it. Don't look on the apps; see people in real life, try and do normal things. And then delve back into it when you're ready. The internet should be used as a fun thing and not our whole lives."

Jama says her advice is to "be kind", always.

"Everybody's still a human, no matter how perfect they seem online or on the screen or whatever

"Be nice everywhere, online and in person. The world would be a better place if everyone was just a bit kinder."

Jama also spoke about how she deals with trolls.

"I'm kind of used to it now, but at the beginning when I first had people being mean to me I was like 'No, everyone hates me'. Then you realise no one actually says that in person. Most of the time people who are horrible to people online, it's a genuine reflection of themselves. So just pinch of salt.

"I can only bite back when I've got something funny to say. That's the only time I'll actually respond. I realised when you reply, that's exactly what they want. So it's better to just stay away. If I can tell a joke back to their joke, then I'll go for it."