Five indie films that could cause an awards season upset 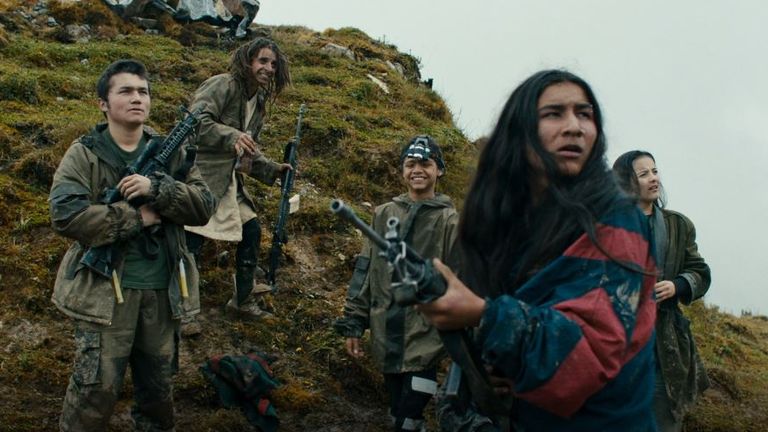 Five indie films that could cause an awards season upset

As we head into awards season, all eyes are on the films that will catch the eye of critics and take home the trophies.

Big budget movies by well-known directors may have a head-start, but there's also plenty of room for independent, art house and world cinema.

Stationed at high altitude up in the clouds at the edge of the world, a battalion of barely-teens - with nicknames like Smurf, Bigfoot, Wolf and Rambo - train, flirt and fight.

The only adult in their midst - a female American hostage - negotiates an uneasy relationship with her lethal teenage captors.

After a power struggle opens-up amongst the squad, they relocate to the jungle, where they fracture even further into a feral and fearsome state.

Comparisons to Apocalypse Now and Lord Of The Flies are well earned, but there is something distinctly original and modern at work here.

In UK cinemas from 25 October.

French stylist Betrand Bonello's Zombi Child is a hypnotic curio of a movie.

Telling a tale of voodoo and possession over intertwining timelines, the film radiates strangeness and a dreamy sense of dread.

In 1962 Haiti, a voodoo curse strikes down a man, who is exhumed from his grave and put to work in the moonlit sugar cane fields as half-dead and docile slave labour.

Meanwhile in present day Paris, a lonely and lovesick young girl develops a fascination with the dark energy of a new pupil at her elite girl's school.

The girl just happens to be the granddaughter of the aforementioned Zombi from the Haitian timeline.

At once suggestive and surprising, the film is full of visual and aural grace notes which ripple across a subtext questioning the sins of colonialism and cultural appropriation.

The film builds to a suitably intense finale but maintains a playful engagement with its mysterious materials.

In UK cinemas from 18 October.

The builders - played by a cast of non-professional actors - take an unexpected revenge when their unscrupulous bosses continue to exploit them in the aftermath of a workplace accident.

The film plays out in short, observational snapshots but delivers a surprising and complex study of solidarity and shifting allegiances in the face of exploitation.

UK release not yet announced.

Waiting For The Barbarians

Ciro Guerro, director of the well- received Embrace Of The Serpent and Birds Of Passage, returns with Waiting For The Barbarians, an adaption of JM Coetze's novel of the same name.

Despite handsome cinematography from DP Chris Menges and the star power of Rylance, Depp and Robert Pattinson, the film is strangely inert and sags under its own earnestness.

UK release not yet announced.

It stars Jean Dujardin (who won an Oscar winner for The Artist) as George, a divorced middle-aged man who develops an unhealthy obsession with a vintage deerskin jacket.

Holing up in a remote country hotel, George poses as an independent filmmaker in order to carry out a bizarre scheme in which his beloved deerskin jacket directs him into some questionable and ultimately murderous behaviour.

Dujardin is a hoot in the central role and the film is wild and nimble enough to sustain itself despite its bizarre central conceit.

It will receive its UK release in May next year.