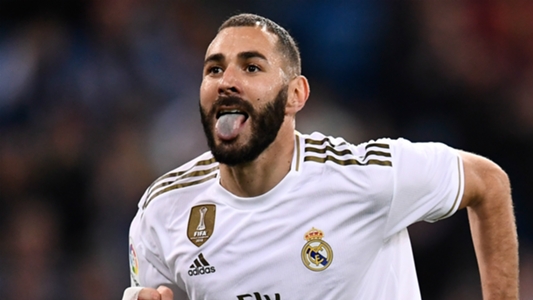 Karim Benzema insisted he was "no legend" after reaching 50 Champions League goals for Real Madrid on Wednesday.

The 31-year-old striker struck a brace in a 6-0 thrashing of Galatasaray as Rodrygo Goes stole the show with a hat-trick at the Santiago Bernabeu.

Often criticised, Benzema is behind only Cristiano Ronaldo (105) and Raul (66) for most Champions League goals for Madrid.

The Frenchman overtook club legend Alfredo Di Stefano (49) but played down any talk he deserved the same standing.

"We scored goals, played well and did not concede. It was a real party with the fans," Benzema said, via the club's website.

"I am no legend. When I signed for the club I never thought I'd get to this point and I am so happy.

"I try to help the team and be at my best, I want to continue to help. I feel very confident, if I can help my team-mates by talking to them out there, then I will, that is down to my experience in this club."

Rodrygo was the star with his hat-trick, while Sergio Ramos also netted a penalty in Madrid's resounding victory.

Benzema talked up Rodrygo and Eden Hazard, backing the latter to improve after his move from Chelsea in the close season.

"Rodrygo looked very good to me, he's not afraid. He plays the ball and I love it when I see a young man playing like that," he said.

Madrid's victory against the Turkish side all but sealed qualification to the Champions League knockout stages, with two points required from their final two matches against PSG and Club Brugge.

Zinedine Zidane's side have improved in La Liga to be only behind league leaders Barcelona on goal difference.

Madrid will have the opportunity to temporarily go top with victory at Eibar on Saturday just before Barcelona kicks off in their home clash against Celta Vigo.

After the international break, Madrid will welcome fellow high-flyers Real Sociedad to the Bernabeu for a mouthwatering clash on November 23.