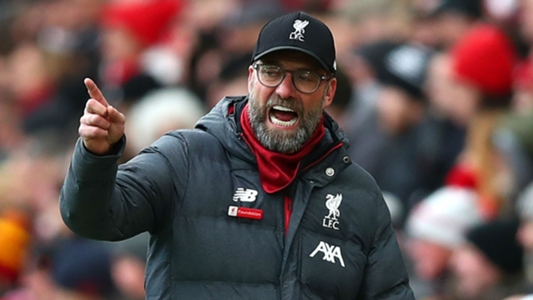 Liverpool boss Jurgen Klopp has proclaimed his staunch opposition to the expansion of the Champions League, professing his concerns of the dangers of an increased fixture pile-up.

The Reds are reportedly one of a number of leading Premier League outfits backing plans for a restructure of Europe's leading competition in a move that could mean more games for the continent's elite teams.

Any such move would see the current six group games increased to 10 per side, with participants likely to earn a major earnings boost, albeit with domestic schedules likely to be significantly altered to make way for such changes.

Klopp's team lead the Premier League, and in the coming week they head to Qatar to compete in the Club World Cup, after earning a place in that event by winning the Champions League.

Injuries are beginning to take a toll at Anfield, with Georginio Wijnaldum joining the casualty list on Saturday when he suffered a muscle problem in the 2-0 win over Watford.

One Liverpool team will face Aston Villa in the EFL Cup on Tuesday, before another plays Monterrey at the Club World Cup a day later.

"The fixtures are like they are. You all like watching us suffering - that's how it is," Klopp said. "You look a little bit concerned, but at the end nobody cares really."

He added: "Today I read an article [saying that] the top clubs want to do more games in the Champions League or whatever. I am not involved in these plans. So that's absolute b******s as well.

"That's how it is. We can talk about everything but we have to cut off games, not be putting more in.

"Until then we have to do what we do and we will do that and we are quite positive about it.

"We need each point we can get because it's a tough and long season. You [the media] can make early judgements... but we can't. We just have to recover and play the next game."

Klopp dismissed the idea his team were off their game against Watford, who had enough chances to win the match rather than leave empty-handed in Nigel Pearson's first game as Hornets manager.

"No, just a difficult game. It was not an off-day," Klopp said. "We scored sensational goals.

"It was just a difficult game and I'm completely fine with that."

Klopp also cast a questioning look at the arrangements in place for FIFA's Club World Cup.

The opening matches have been played at Doha's Jassim Bin Hamad Stadium, but all games from now on will be contested at the city's Khalifa International Stadium, with five fixtures due to be played on the same pitch in five days.

That scenario has come about because FIFA said in early December that the Education City Stadium, which had been due to host Liverpool's semi-final against Monterrey, plus the third-place play-off and final, was not ready in time to stage games at the tournament.

That venue is being built primarily for the 2022 World Cup.

Klopp recognised Liverpool would be going into a warmer climate after their seven-hour flight to the Middle East, but added: "I think it's raining there. Perhaps it doesn't help the pitch - the one pitch we are playing all on ... it's sensationally good organisation - where all the games are on one pitch and it's raining.

"I'm not sure if the people in Qatar are used to a lot of rain. We will see how the pitch will be. That's a bit of a problem."