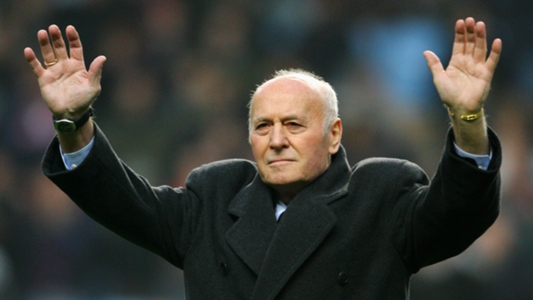 Aston Villa players will wear black armbands against Leicester City in remembrance of one of their greatest managers, Ron Saunders, who passed away on Saturday, at the age of 87.

The club will also honour their former boss with a minute’s applause before kick-off in the Midlands derby.

Saunders guided Villa to two League Cups and the First Division trophy in 1980-81, the last time they won the English league titles, and the first time since 1909-10.

Although he left toward the end of the next season the team he built went on to win the European Cup that year, widely considered the high point in the Birmingham side’s history.

A club statement read: “It is the sad duty of Aston Villa Football Club to announce that our former manager, Ron Saunders, has passed away at the age of 87.

“He died earlier today, Saturday 7th December, at 3pm and his family have asked for their privacy to be respected at such a difficult time.

“Widely regarded as one of the club’s greatest ever managers, he guided Villa to promotion in his first season in charge, lifted two League Cups and steered the club to a league championship in 1980/81.

“Against Leicester City tomorrow afternoon, the players will wear black armbands and, as a mark of respect, we will be holding a period of applause to mark his outstanding contribution to Aston Villa.”

Players past and present lined up to pay tribute to Saunders, testament to his lasting effect on the club.

Andy Gray, speaking on beIN Sports, said he gave him his first chance as an 18-year-old, calling it a “really sad day” and Saunders “a brilliant manager” who “taught me how to play the game.”