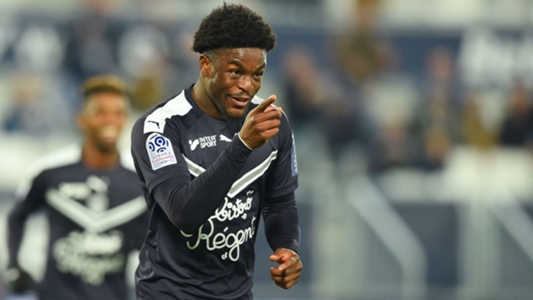 Bordeaux forward Josh Maja has expressed his delight after scoring his first career hat-trick in their 6-0 thrashing of Nimes in Tuesday's Ligue 1 game.

The youngster was afforded his third start this season and delivered a five-star performance to help the Girondins clinch an effortless victory at Matmut Atlantique.

Maja scored twice in the opening 37 minutes before completing his hat-trick in the second half to ignite his side’s glut of goals in the encounter.

The performance from the forward saw him join Peter Odemwingie, John Utaka, and Victor Agali on the exclusive list of Nigerians who have achieved the feat in the French top-flight.

The forward is excited with his achievement as well as his side’s win which ensured they climb to the third spot in the league table.

“I feel good, I’m very happy to get my first hat-trick for Bordeaux and in my career,” Maja told the media.

“Of course, it’s a great night for the team, it’s three points and we performed very well and are going to keep working and go into the next game with confidence.”

Maja, who now has five league goals this season, will hope his performance will earn him another starting role when Bordeaux take on Olympique Marseille on Sunday.